The road to building a state-of-the-art $57 million indoor track and field facility on the South Side has been as strenuous as a 100-meter hurdle race, but despite several “false starts” and tumbles over a few high hurdles, the race is almost to the finish line.

The star hurdler in this race is Dr. Conrad Worrill, Professor Emertius of the Jacob H. Carruthers Center for Inner City Studies of Northeastern Illinois University and former track and field athlete from Hyde Park High School, who started to advocate for this facility with Mayor Harold Washington in 1983.

Worrill and the late mayor came close to finding the resources for the ambitious venture and had even identified a location next to the Carruthers Center for Inner City Studies, but, after the death of Mayor Washington, the project was set back.

Another hurdle was a meeting that Worrill had with former Chicago Public Schools (CPS) Board CEO Paul Vallas in the 1990s to try to see if the board could help raise funds for the facility. Unfortunately, that hurdle was not cleared and the funding was never released.

Another attempt by Worrill to work with the CPS board came when Michael Scott was the board president. A former track star himself from the West Side of Chicago, Scott was all in on the idea and even supported it being a part of Chicago’s Olympic bid. However, this hurdle was not cleared after Scott’s tragic death in 2009.

Two years prior, in 2007, Worrill experienced a violent event which steeled him for the importance of this battle to win a track and field facility on the South Side. He was in a gas station at 75th and Yates when a young man armed with a gun burst in to rob it.

Dr. Worrill recalls, “He put the barrel of the pistol to my temple and told me don’t move or he’d blow my head off. He put all the money from the cash register down his pants, backpedaled out the station, took off and leaped over a barrel. I said, I’ll be damned…that is a track man!”

Shaken, but also strangely inspired by the event, Worrill told the story of the incident to his longtime friend and colleague Elzie Higginbottom, founder and CEO of the East Lake Management and Development Corporation.

Elzie, too, was a former high school track athlete at Bloom High School, where he participated in the 400 meters. He made All American in the 400 meters at the University of Wisconsin. Worrill and Higginbottom met when competing against each other in the annual Moosehart High School Relays in 1958.

Jokingly, Higginbottom says, “Conrad learned to spell my name because he ran behind me and had to read my name on the back of my jersey!” Worrill said he hates to admit it, but it’s true.

Friends Of Track And Field
Worrill urged Higginbottom to help him convene every former track and field athlete they knew, as well as any supporters of the sport. As a result of these meetings, the two men founded the Friends of Track and Field, an organization that has grown into an official 501c3 non-profit.

It has held a banquet and track meet every April since 2008 to help advocate for an indoor track and field facility, revitalize the sport, and, most importantly, to help “student athletes reach their sports, academic, and life goals,” Worrill says.

Other prominent names that have helped with organizing the annual banquet and track meet include Eillen Rhodes, president of Eastlake Management and Development Corporation; Bob Sadler, former deputy superintendent of Chicago Public Schools; Derrick Calhoun, head track coach of Morgan Park High School; and former track and field running mates of Conrad Worrill – Reggie Williams, Arthur Hyrams, and Richard Ingram. They are among the myriad of names that have assisted Higginbottom and Worrill in realizing the overall goals of the organization.

Even though their efforts to promote the sport in the Chicago area have been largely successful, there have still been some hurdles remaining and some financial walls to be broken down.

Worrill agreed to the meeting, and Emmanuel’s administration greenlighted the construction of the Indoor Track and Field facility at Gately Park, located at 744 East 103rd Street.

However, another hurdle crossed their path with the state funding freeze by Governor Bruce Rauner’s administration that halted money which had been approved by previous Governor Pat Quinn for the project.

Both Worrill and Emanuel attacked Rauner for his political insensitivity to the needs of Chicago youth. Rauner responded that Chicago was sitting on reserves of over $300 million dollars. Whatever the case may be, the project was halted once again.

But Worrill, like a determined champion sprinter, remained resolute and is near the finish line for seeing the vision come to fruition. During the last year of Emanuel’s tenure, and with a newly released Illinois state budget for the City of Chicago and the Chicago Park District, along with money from the Exelon Corporation and the Mellody Hobson and George Lucas Family Foundation, the Gately Indoor Track and Field Facility officially broke ground in the summer of 2018. 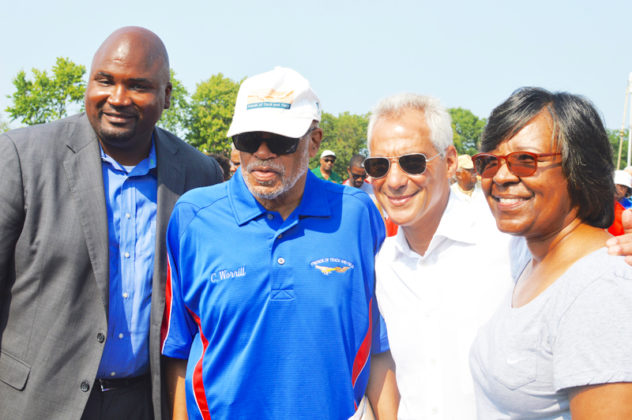 Not only will the building house track and field, but also the Chicago After School Matters programs, volleyball, and other sports during the off-track season. Contractors McHugh Construction and Bowa Construction, led by Nosa Ehimwenman, a Nigerian American who was a triple jump champion at Ohio State University, are joining forces to build the facility. The grand opening is planned for the spring of next year.

To see the Gately Indoor Track and Field Facility finally manifest itself is like an ancestral blessing for Worrill, who comes from a long line of track and field athletes in his family.

Track And Field Lineage
“I grew up on the stories of my father running track,” Conrad explains. “In 1934, my father’s high school track team won the California state championship with five people. So I grew up with this rich history of my father’s love for track and field.

“He would talk about how proud he was to be a friend of track star Mack Robinson – one of the top sprinters in the world and the oldest brother of the great Jackie Robinson. They were lifelong friends.” (Mack placed second to the world famous Jesse Owens in the 200 meters in the 1936 Berlin Olympics.)

Worill continued, “This legacy has even dribbled down to my oldest daughter. She is one of the top high school track coaches in Georgia, and last spring her team from Campbell High School won the state championship in track and field. And my granddaughter is on a track and field scholarship at the University of Alabama!”

Worrill beams with as much pride from mentioning his family members involved with track and field as he does for the ground breaking ceremony of the Gately Park Facility.

“I just wanted people to know that we never gave up in trying to get this project done,” he says. “We’re hoping that this can really spark at a higher level young people’s interest in track and field. We’re hoping that more people become aware of the sport, want to learn this sport and become coaches in this sport. This is our dream.”

So as Worrill successfully completes this race, he is victorious in his knowledge that not only is he honoring the track and field legacy of his lineage, but also expanding this lineage to include thousands more “track children” in the city and state that he hopes fall in love with the sport that has meant so much to him and his family. The hope is for this legacy to continue to reverberate for generations to come. 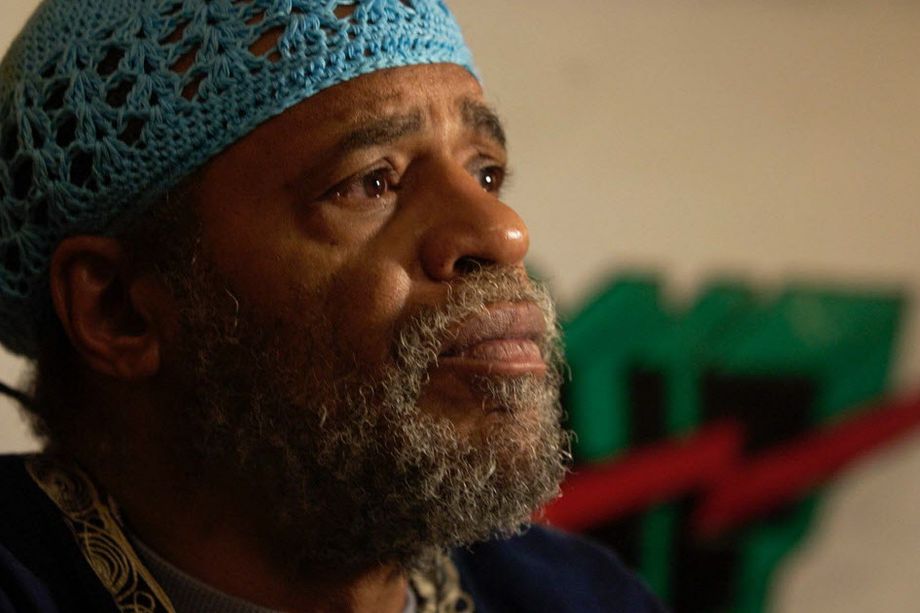