The amazing Whitney Houston is known as the most awarded female artist of all time by Guinness World Records and remains one of the best-selling musical artists of all time, with 200 million records sold worldwide. She had numerous top hit songs, with The Greatest Love of All voted her second top song, behind her number one hit I Will Always Love You.

Originally recorded by George Benson in 1977, Houston’s version of The Greatest Love of All became iconic because of her powerful rendition of this ballad about self-confidence. 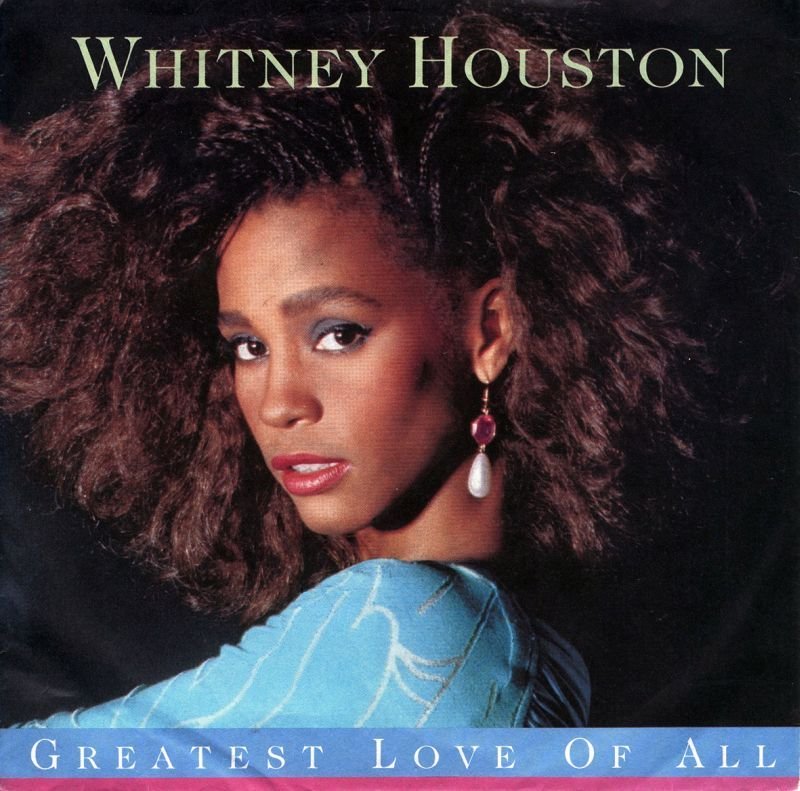 The words – “I decided long ago, never to walk in anyone’s shadows. If I fail, if I succeed, at least I’ll live as I believe. No matter what they take from me, they can’t take away my dignity.” – were written by a woman dealing with a life-threatening issue.

Linda Creed wrote this amazing song that became the main theme of The Greatest, the 1977 film biography of Muhammad Ali. At the time, Creed had been diagnosed with breast cancer. Whitney released the song in 1985 on her debut album; Creed died at the age of 37 in April 1986, just weeks before Houston’s album reached number one on the charts in May of that year.

Creed, a renowned lyricist, teamed with songwriter-producer Thom Bell to create some of the most successful songs for Philly soul groups of the 1970s, including the Stylistics’ Stop, Look, Listen (To Your Heart), You Are Everything, Betcha by Golly, Wow, and Break Up to Make Up.

She also wrote for the Spinners (Ghetto Child, Living a Little, Laughing a Little, and The Rubberband Man) and Phyllis Hyman, including one of my favorites, Old Friend.

Why is this so important? Because although Creed was battling cancer, she was able to compose lyrics that were so influential that she’s in the Songwriters Hall of Fame. Simply put, she believed in herself. 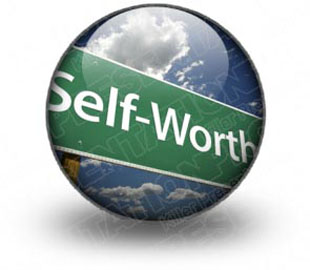 In the first of this three-part series on “Self Worth”, we discussed being willing to fail to reach a successful end. In the second part, I will discuss believing in yourself. Read Part I of the N’DIGO series “Having Self-Worth” here!

Believing in yourself may sound simple, but I’ve known people that are past their AARP days that still don’t believe in themselves. Many songs have been written about believing in yourself to encourage us to fight the good fight when we feel like throwing in the towel.

Billions are sold to the public to help us discover our potential. In 2016, the self-improvement market was at $9.9 billion; with an estimated 5.6 percent increase each year, it’s a big money-making industry. 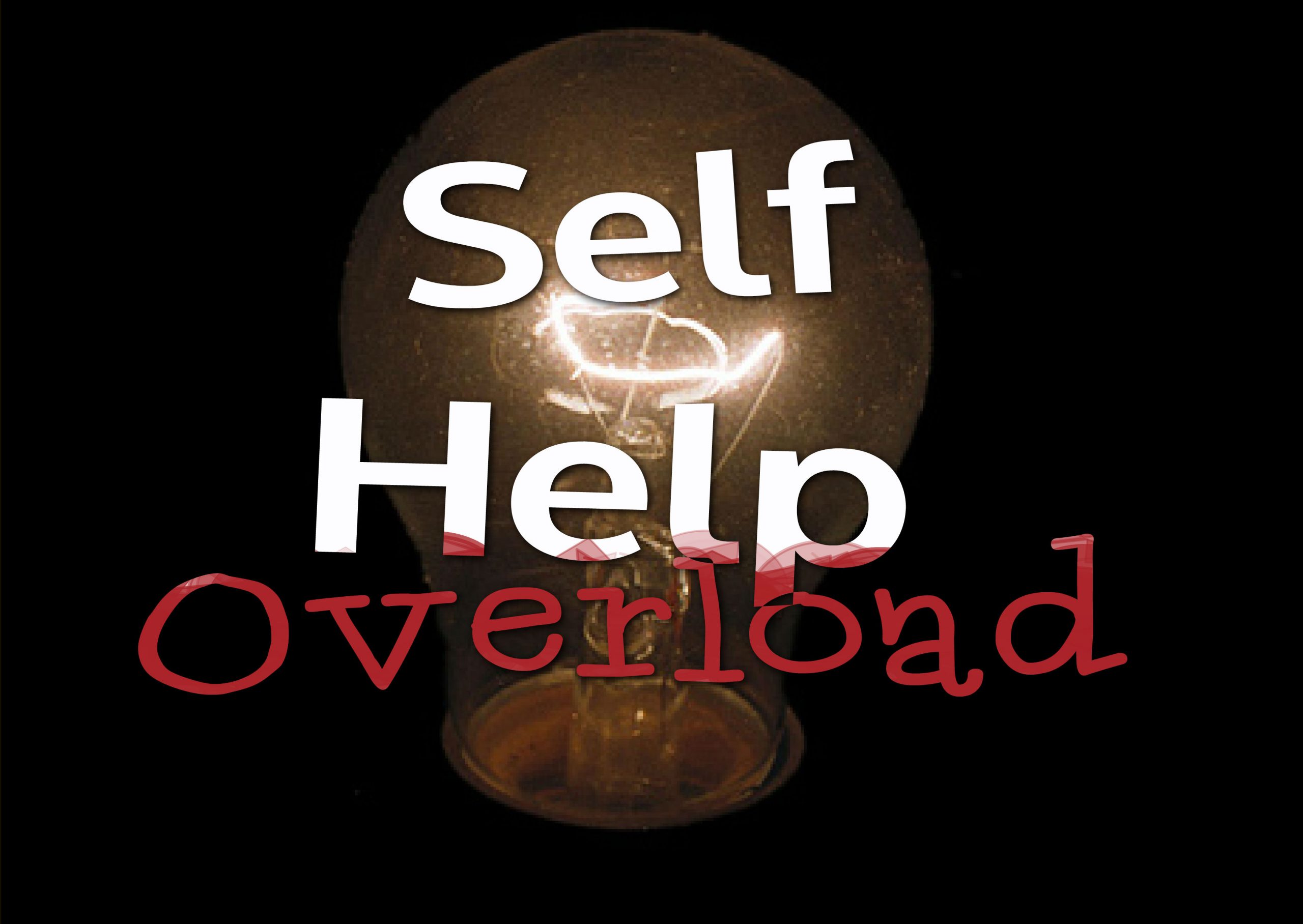 So why is something so simple making that much money? Is it because we stopped believing we can believe in ourselves?

Well, during the daily trials of life, when things happen that make us sad, depressed, or as the Bible says, “weary in well-doing,” sometimes we give up.

Even if it’s temporary, most will settle for less as life tames us to think, “Maybe it wasn’t for me.” We get so down-trodden and despaired by the things we failed at that we seek help from strangers – people we are unfamiliar with – just because they provided a title.

Millions have lost money believing in someone else, like psychics and “Life Coaches.” This may seem like an oxymoron, coming from a person writing an article about helping others, but I’m not charging you one cent.

Don’t get me wrong; I’m not against other people helping to get us on the right track, I just believe its something you, we, can do for ourselves if we just believe in our abilities again.

In the “I Believe In Myself,” mantra, we will focus on four things called BEST.
• I Believe
• I Encourage
• I Support
• I Transform

I Believe
There is a song out there that says, “I believe I can fly.” Believing in yourself and the things you can achieve is a platform for being successful. I remember when I was12 and I wanted to sing opera. A kid at 12 wanting to sing wasn’t a shock, Michael Jackson was already a star and launching his solo career; it was singing opera that made most people laugh at me.

I believed I could do it, and when I got into college at St. Xavier, I met a teacher that taught students to sing opera. Being that only one percent of the population at the school was African-American during the early ’80s, including teachers and the administrative staff, I was nervous about going to the teacher and asking for lessons. 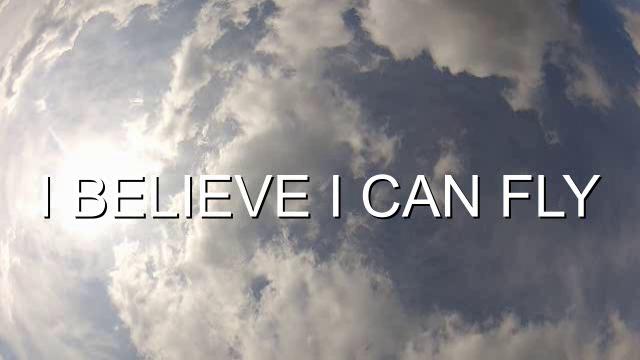 When I got up the nerve, he told me that he had an opening at 10 o’clock, that I should be there, standing outside his room at 9:45. I was five minutes late that day – 9:50 – but I thought he would still take me.

That seems harsh, but what he was teaching me was that to be a person that believes in singing opera, you have to believe in the entire process. Being on time was part of the process.

Do You Believe In The Process? 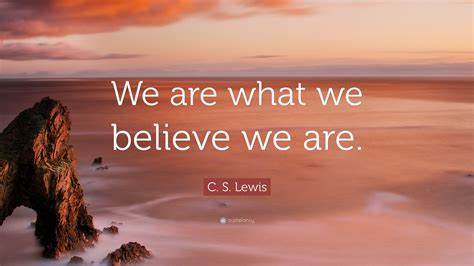 C.S. Lewis, was one of the most influential writers of the 20th Century, wrote these words: “We are what we believe we are.”

The process of believing in yourself starts from the moment God blesses you to open your eyes and see another day. You have to believe that this is the day and that you will be successful, regardless of what happens.

I have a saying that goes, “If this is the worst thing that happened to me today, I’m blessed.” What I’m doing is believing that the outcome will be successful even when things that happened that day weren’t. I’m removing the negative.

How do you remove the negative? One way is first to admit you are acting or feeling negative. Stop making excuses, and take responsibility for being negative.

Next, you have to stop allowing the opinions of others to dictate how you live your life. Lastly, don’t let a negative thought grow. Learn from it, use it as a motivation, and then let it go! Impossible is only possible if you believe.

I Encourage
Encouraging yourself is something we can all use. No one should be able to encourage you better than yourself. Words of affirmation, the action or process of affirming something or being affirmed, help us to overcome self-sabotaging in negative thoughts.

When you continuously speak words of affirmation into your spirit, you can start to make positive changes. Look for something positive every day, even if some days you have to look a little harder. Don’t think about what may go wrong, think about what will happen right, even when something wrong happens!

If you can encourage yourself, needing encouraging words from others will fade. Be your own life coach, and set up a daily calendar with keywords or phrases to lift your spirit.
• Success
• Happiness
• Thrive
• I can do all things
• I’m more than a conqueror

It’s your ability to encourage yourself that will ultimately make you into a winner.

I Support
According to the Guinness World Records, the Lake Pontchartrain Causeway is the longest continuous bridge in America passing over water. Supported by 9,500 concrete pilings, the bridge is so long that for eight of its 24 miles, you can’t see land in any direction.

For someone like me who can’t swim, that seems frightening to cross a bridge where I can’t see anything but water. My fear is that the bridge will not be able to support me as I travel across it.

You have to be able to support believing in yourself before you can cross over to transforming your beliefs. My son is now 30 years old, and as a child, I used to tell him, “Do what you have to do, so you can do what you want to do.”

It seems like Oprah Winfrey used that similar quote as she said, “Do what you have to do until you can do what you want to do.” Both of these quotes work.

Having a support system where you set up reasonable goals to achieve each day reinforces a positive outcome regardless of what happens throughout the day.

Studies have shown that having a support system promotes many positive benefits, such as higher levels of happiness and security, stronger abilities to cope with adversities, and longer and healthier life. Studies have also shown that social support can reduce depression and anxiety.

Supporting your desires and dreams heightens the endorphins which act on the opiate receptors in our brains to boost confidence, resulting in a state of being calm, peaceful, and untroubled. 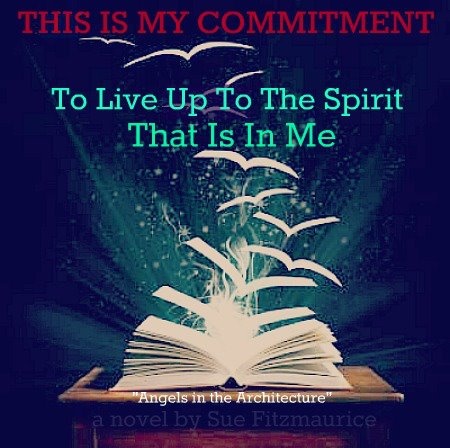 A person that is willing to transform has already realized that something within needs to change. Transform means to make a thorough or dramatic change. Romans 12:2 tells us that we should not conform to the world, but transform, renew our mind that we can demonstrate, show evidence of a fundamental change.

Romans 12:2: “And be not conformed to this world: but be ye transformed by the renewing of your mind, that ye may prove what is that good, and acceptable, and perfect, will of God.” 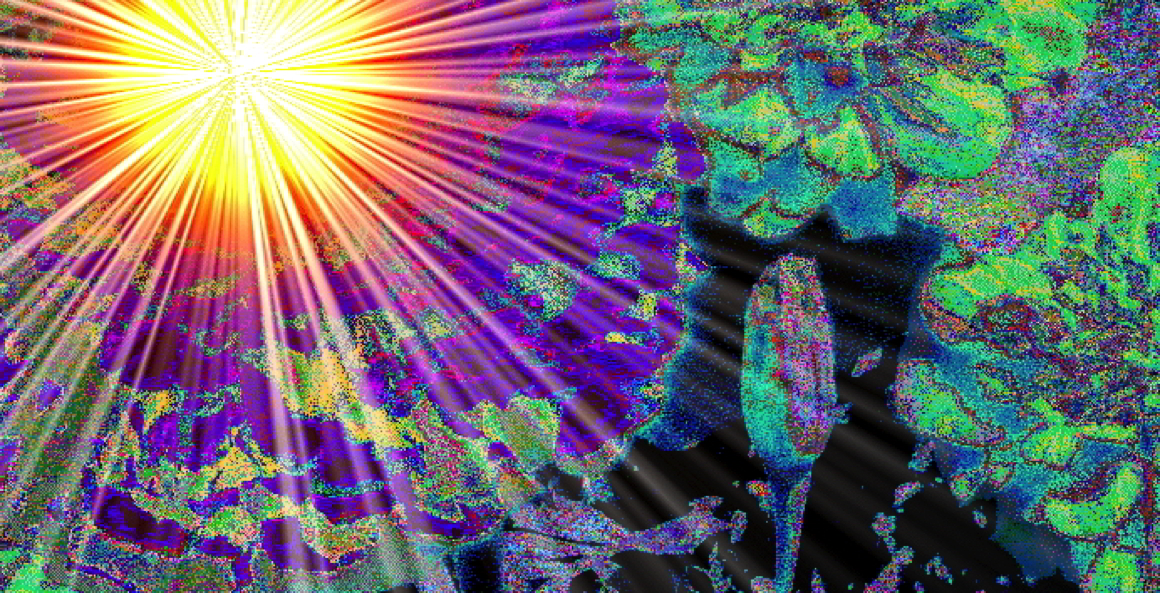 Transforming allows you to asphyxiate adversities and gain authority and strength over your life, where you will say, I can do all things. Find your own champion and let them see you roar.

We transform by removing negative thoughts and replacing them with uplifting words to defeat the spirit of negativity. The spirit of transformation never gives up. It’s determined to succeed. It will fight against the odds, seeing the light of success within the tunnel of despair. 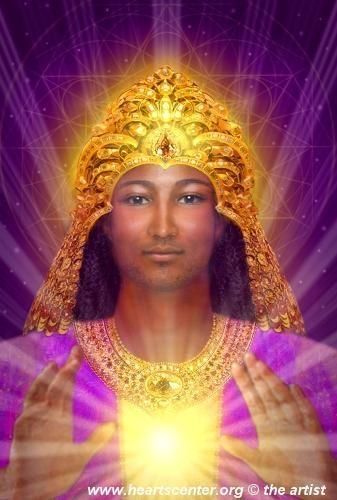 Make the conscious decision not to entertain thoughts that can kill, steal, and destroy your peace. Refuse to hold on to things that will hinder your transformation, like your imagination over facts – what you think will or might happen, your day doesn’t start right, or your night ended badly.

Instead, a transformed mind seeks to find a positive outcome. Your goal is to make a dramatic change, away from your thoughts running rampant, causing you sadness and pain. Shift the atmosphere, change the perspective, control your narrative, and transform your mind always to be positive.

I heard Robin Roberts say, “Making your mess your message,” in her astonishing 20/20 story on Amanda Berry, Gina DeJesus, and Michelle Knight, who were kidnapped and held captive in Cleveland for a decade and how they amazingly transformed their lives from tragedy to triumph. For a snippet from the show, click here!

These three young ladies have shown that nothing will stop them from being overcomers. This process of transformation can be life-changing; however, you must be willing to overcome all and be your own motivational speaker.

Using the BEST method – I Believe, I Encourage, I Support, and I Transform – will bring you closer to self-worth. I can see you there already! 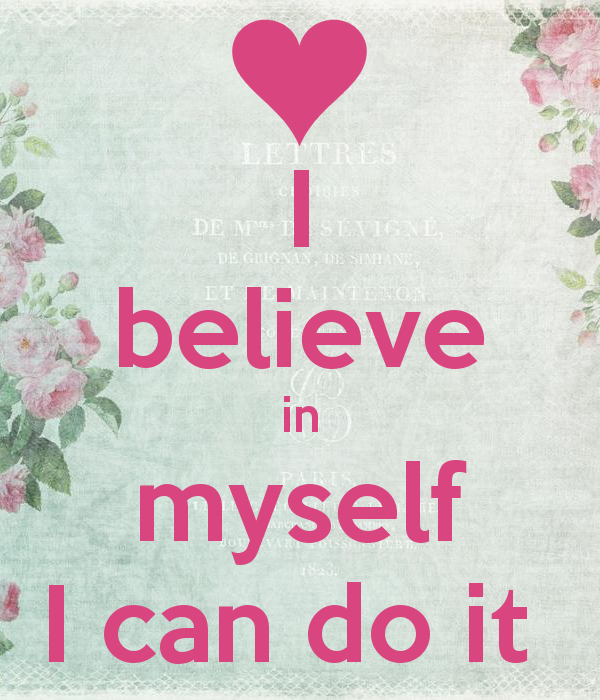 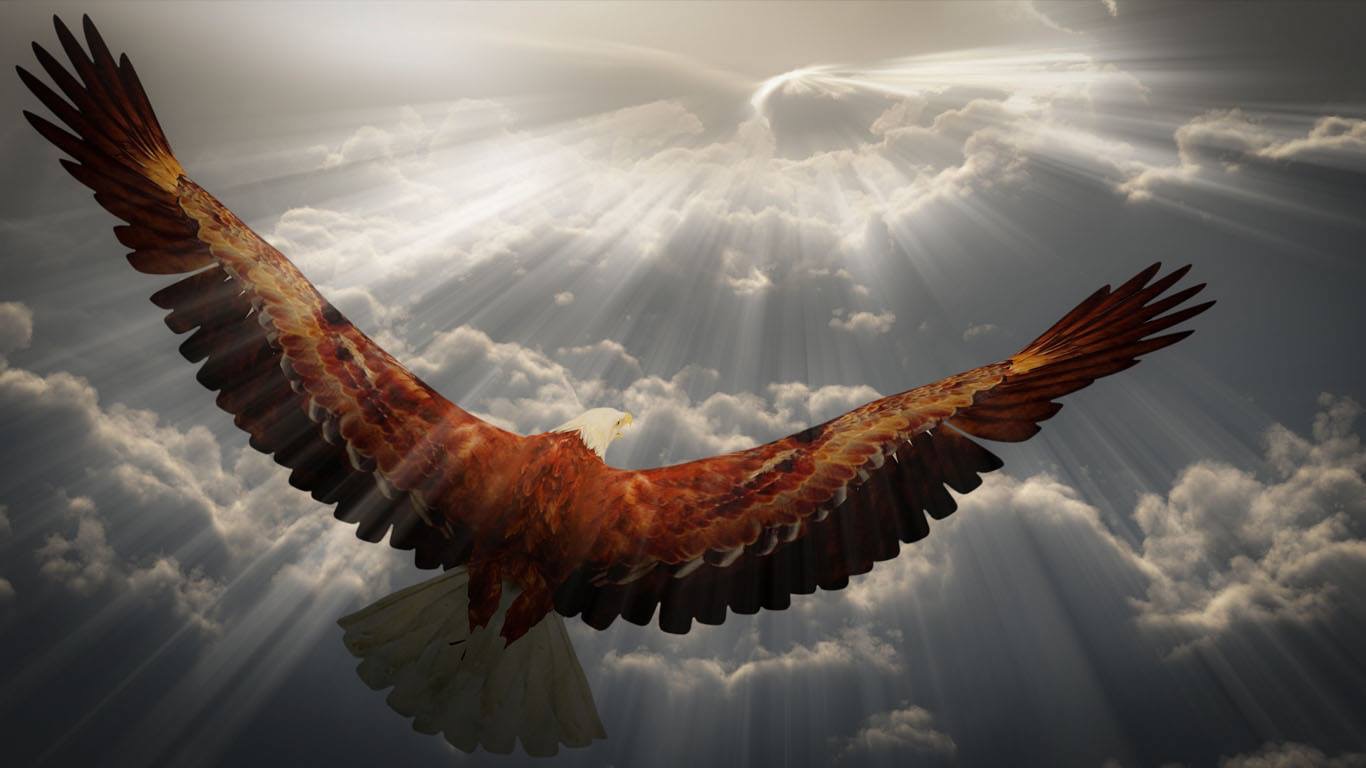 Next week, read the last part of this three-part series on Having Self-Worth, called “Being Ready To Soar”.

Editor’s Note: Rick McCain has been in the ministry for 30 years, with over 20 years of counseling experience in marriage and singles ministries. He has been married for 25 years to his wife, Brenda McCain, and they share words of wisdom on their internet radio show called Let’s Stay Together Talk.

Educated in Speech Communication and Religious Studies and certified as a religious counselor, Rick has a strong desire to help others reach their potential by providing encouragement, sound advice, and the knowledge he has gleaned from his counseling experiences.