The federal indictment of the longest sitting alderman in Chicago history, Ed Burke, is revealing. His legal troubles may change Chicago politics in 2019 and determine the next mayor.

With the last weeks of the campaign approaching before the February 26 election, and the TV commercials ramping up to full force, the major candidates who have benefited from ties to Burke through the years are avoiding, defending, and excusing a connection and/or relationship with the 50- year sitting alderman.

The mayor’s race is up for grabs because of Burke. Toni Preckwinkle will probably not win because of Burke (among other reasons). She is tainted. Her puritan veil has been removed.

Progressive politician Toni is infected, as her hand was caught in the cookie jar. The fundraiser Burke held for her, including a donation by Burger King franchisee Shoukat Dhanani is in question – as to whether it was a generous donation for political cheer for good government or whether it came with political promise.

Who knows? But what we do know is, if someone holds a fundraiser for you and raises over $100,000 for your coffers, you probably know the person beyond polite cordialities. No matter what, strangers don’t hand over $116,000 from a party at the house to another stranger, which Toni seems to be implying as far as explaining her relationship with Burke.

Toni Preckwinkle is the anonymous politician mentioned in Burke’s indictment. Toni did not handle the revelation of the donation well. Did she lie, or did she just not know how to handle the exposure of being connected with the well-heeled Burke? Every time she spoke to the issue, a different story came out. The tale of Toni was revealed and she looked like “one of the good old boys” doing business as usual as she played hide-and-seek with a political bomb.

As of this writing, the total $116,000 from the Burke fundraiser is being returned in Toni’s public attempt to make Burke a “stranger.” She says she has had “little contact and no relationship with the alderman.” As this story has evolved, Preckwinkle has moved from being “grateful for,” to returning the funds, to requesting Burke’s aldermanic resignation.

She has twisted and turned as the tale reveals itself. This is her pattern. When she gets caught in a probable situation, she denies, she didn’t know, and then she moves with full-fledged force. For sure, she responds to public pressure, as her first mayoral commercial reveals. She was the political force, she declares, behind opening up the Laquan McDonald case, despite all the people marching in the streets screaming do the right thing.

Preckwinkle fired her driver, who had campaign literature in his car that she “didn’t know about.” And now we find that the government is paying the driver and security expenses as Toni campaigns, because of her County Board presidency position.

How do you ride in the car and not know the literature is in the back seat as you are making campaign stops? She fired her chief of staff for his sexual harassment foolishness that she “didn’t know about.” She lies. She is definitely not loyal. And she is vindictive.

And then puritan politician Toni claimed that she did not really have a relationship with Ald. Burke, but that she and Justice Ann Burke, Ed’s wife, worked together on prison/criminal reform and that Ann Burke suggested the fundraiser. Only thing wrong with this scenario is that a sitting justice is not supposed to engage in political fundraising. Has Toni implicated Justice Burke for investigation? Perhaps.

Chicago is a city that works based on who you know. This is the city that politicians run. 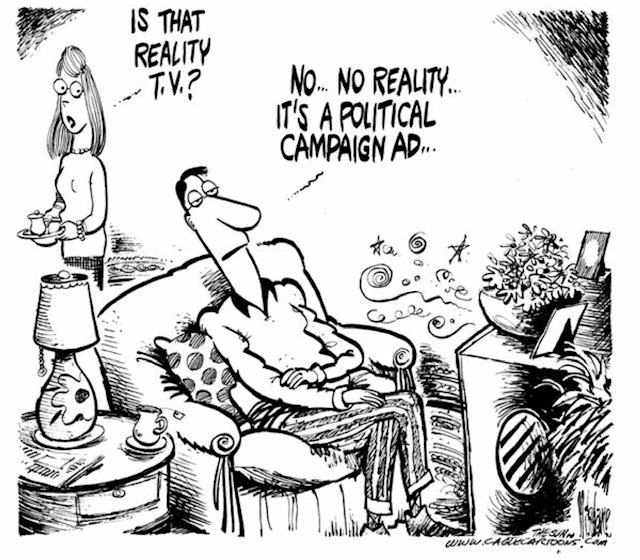 The political structure and culture of this city is one that says if you open a restaurant, or need a handicap sign in front of your home, or require a liquor license for your restaurant, or build a building, or do construction work on your home, or want to change your zoning, you need the sanction of a politician.

Following the infamous informal motto of Chicago – “Where’s mine?” – these politicians can hold up permits, they can forget, they can do a lot of things to cause you discomfort and postponement. This is a fact of Chicago life, at a certain level.

Toni Preckwinkle has become a political boss, even though she has purported herself to be the pure progressive pristine liberal. That’s a problem. But with a real deep dive, we find out that her politics are not as pure as she suggests.

Developer Antoin “Tony” Rezko, who was jailed for some of his shady business dealings, was a significant contributor to Preckwinkle in 1994, during her tenure as 4th Ward Alderman. He developed property in the 4th Ward. Tony was a generous supporter of Toni’s.

There is something wrong with our system. Illustrative of the “Chicago Way”, over the past 50 years, 33 aldermen have been jailed for an assortment of crimes as they have served their offices.

Politicians have to raise money for campaigns, so it is business as usual for a developer who has received permits and nice favors from the alderman to be generous with donations to the alderman when they campaign. It is good business for entrepreneurs to donate to aldermen, as favors and business needs and contracts might arise.

Many of the sophisticated and smart politicians have had tax law practices, like Burke, and insurance companies, like former Cook County Board President and Democratic boss George Dunne, that make it a natural for business, where the politician hand washes the business hand. It is the Chicago Way. 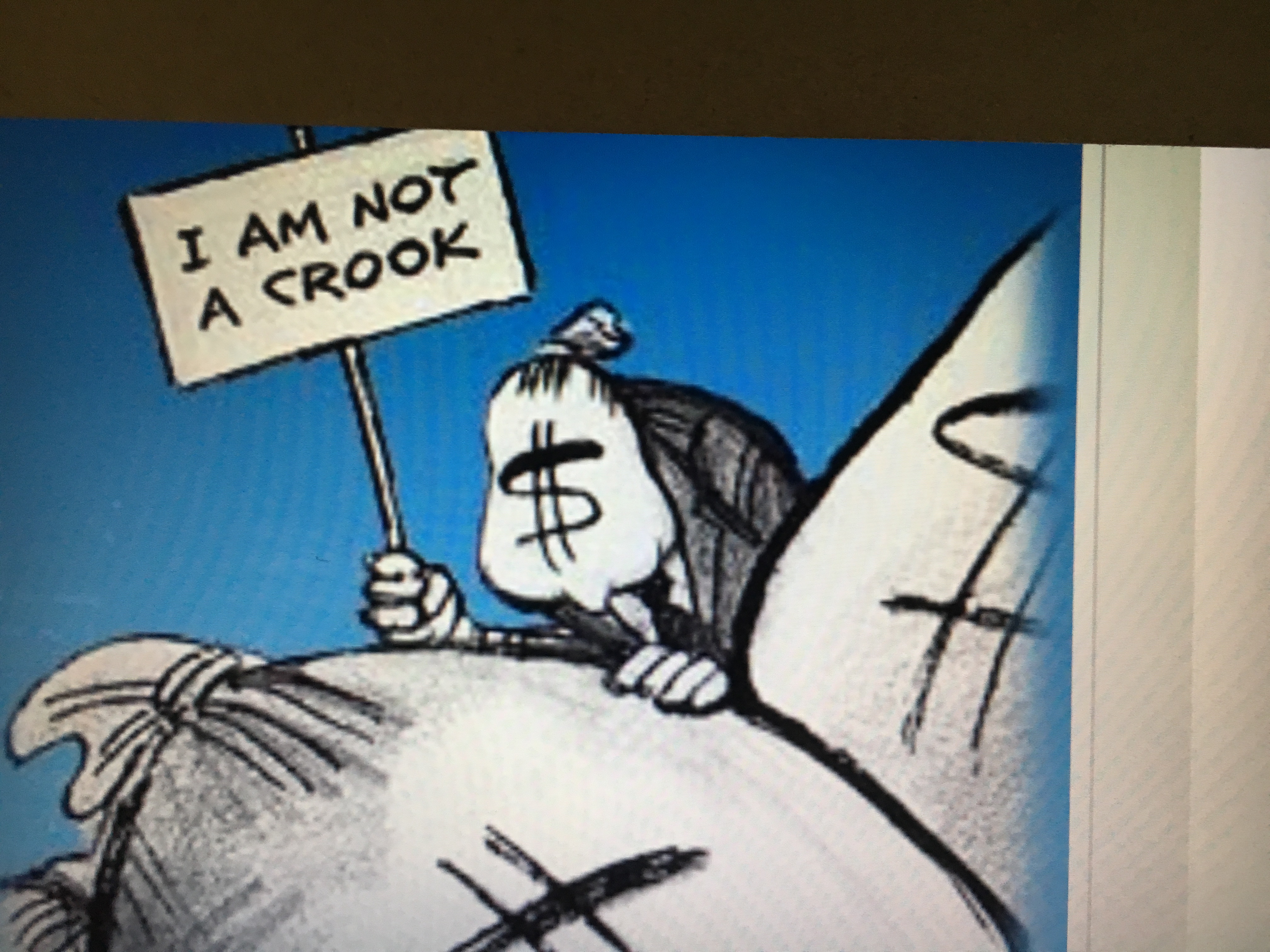 Preckwinkle is the Cook County Democratic Party Chair, the President of the Cook County Board, and a candidate for Mayor of the City of Chicago, simultaneously. You should not be allowed to hold one major office and run for another major office at the same time. This is a situation waiting for the devil in the blue dress to appear.

Here’s the basic true blue truth: Preckwinkle could not possibly have risen to head the Democratic Party without Burke. Burke was not a wallflower alderman who you guessed at. He was the chair of the Cook County Democratic Party Judicial Slating effort.

He needed Toni and Toni needed him; it was a necessary relationship. Burke was elected to his aldermanic seat, but all of the City Council voted for him to chair the Finance Committee, including Toni when she was 4th Ward Alderman.

Madame President Toni, by the way, in an effort to punish Burke for being indicted, has asked that he be removed as chair of Judicial Slating and that he resign from his ward committeeship and aldermanic seat for the 14th Ward.

The Other Candidates, Too 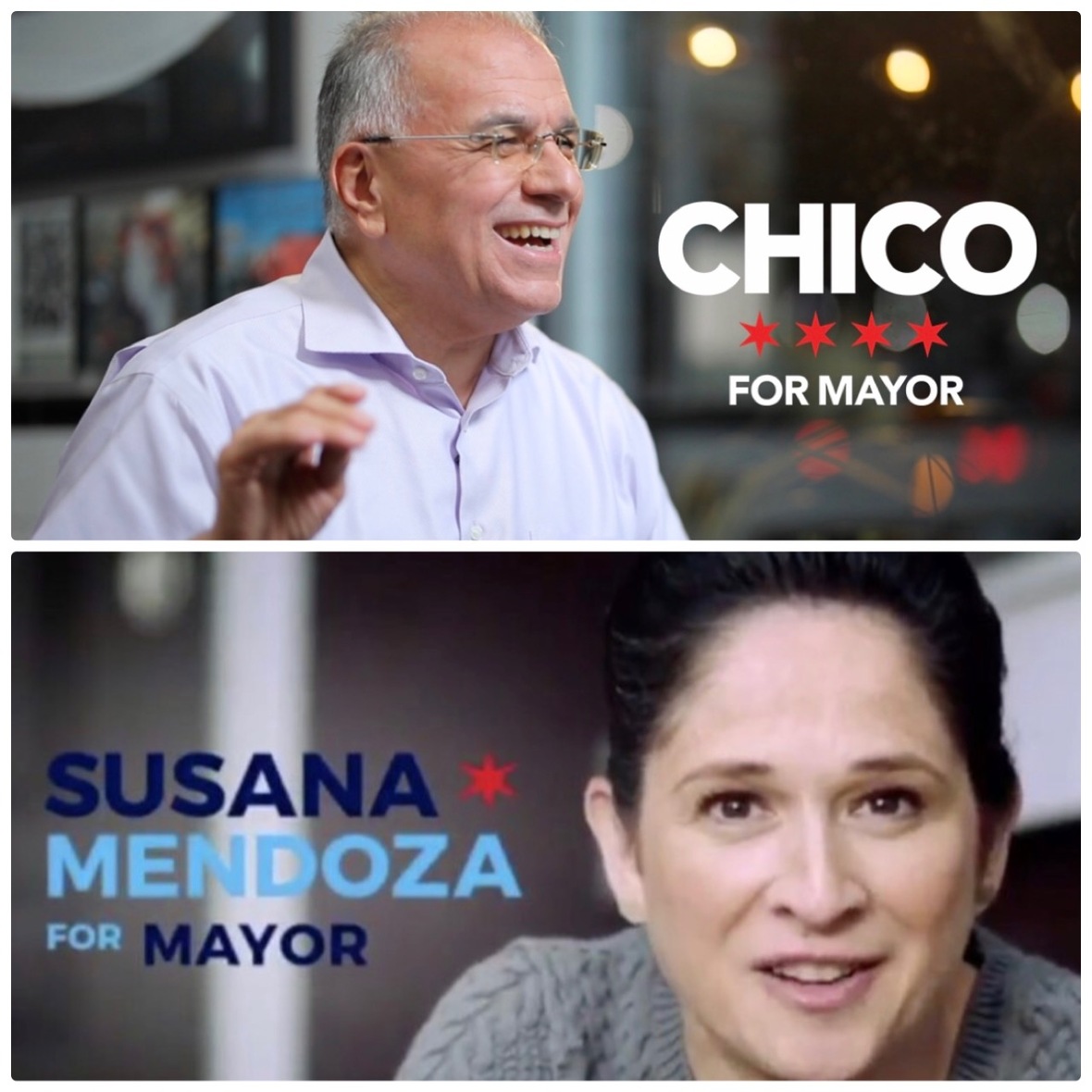 Gery Chico is said to be Burke’s candidate in the race. Susana Mendoza had her wedding party at the Burke home, so she, too, is quite connected to him and would not be in political play without him. Mendoza is clearly Burke mentored and groomed, and is clearly Burke beholding.

As Toni tries to distance herself from the good old boys, she has tied herself in a nice web. The web is being an old-fashioned backroom player with the good old boys while presenting a progressive political face to the public. But undoubtedly, she has danced with the boys.

Burke has been a powerhouse for the past 50 years. He has held fundraisers, he has been a tax attorney, he has put judges in place, he has ruled the City Council, and he has extended favors as the “go to” guy. He has proved to have more power than the Mayor of Chicago in many cases.

Not many have passed him by. He has been a friend and he has mentored many of the politicos that are in place today. Now that he has been indicted, they run from him like roaches when the lights are turned on. Nobody knows Burke that they once knew. Burke is now pegged as a political stranger.

He has been accused, indicted, but not yet found guilty. Fifty years is a very long time to serve. Burke is a hobbyist historian and knows where skeletons and bodies are buried. If he sings from his government hymnal, a lot of heads might roll.

The Burke case underscores the fact that Chicago’s City Hall culture is corrupt and that aldermen have too much power in some cases. Burke’s predecessor, Alderman Tom Keane, who was Chairman of the Finance Committee and considered the second most powerful politician in Chicago behind Mayor Richard J. Daley, also went jail.

Today, Alderman Patrick O’Connor of the 40th Ward steps up to the position of City Council Finance Committee chair and his wife is a top real estate sales person in the ward. Interesting.

At any rate, some are breathing hard, hoping with fingers crossed that to avoid going to jail at the age of 75, Burke won’t sing like a canary. If he does, Chicago politics could fall apart.

Meanwhile, honest politicians should come forth. Chicago not only needs a new face, we also need a new system. Maybe the reform that Harold Washington spoke about as he argued with the “Vrdolyak 29” in the Council Wars is finally here.